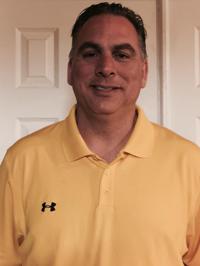 Coach Gelpi started learning the game of basketball at the age of 10 in Barcelona Spain. He moved to Puerto Rico and had the opportunity to represent Puerto Rico at youth international events.

During his High School career, Jean Gelpi received the award of the city of Pittsburg PA Freshman High School Basketball player of the year.

As a freshman at Bishop Boyle High School, Jean Gelpi competed for the Varsity team that won a state championship. He then finished his high school career at #1 Rank in
country De Diego High School in San Juan Puerto Rico.Jean Gelpi competed at all levels of college basketball. He was a former athlete at Shasta Junior College, and D2 Humboldt State University.

Jean Gelpi (1)During his college career Jean earned the respect from his peers through his intense work ethic and hard-nose approach to the game.

Jean Gelp (2)Coach Gelpi Graduated with a Bachelors of Science in Exercise Science and a Bachelors of Arts in Spanish with a Bilingual Cross Cultural Education Credential, both from California State University Chico. In addition, Coach Gelpi received a Masters of Science Degree in Exercise Physiology and a Masters of Science Degree in Biomechanics, both from CSU Chico. Coach Gelpi is Certified by the National Strenght and Conditioning Association and is a NCAA certified basketball coach.

Coach Gelpi is the founder and President of the West Coast Impact Basketball Academy and currently the Head Coach for 16U/15U/14U and 13U girls Elite national traveling basketball teams.

Coach Gelpi provides for all levels, a strong sense of national and international experience for the game of basketball.

“ If you are a serious basketball player and want to take your game to the next level, Coach Gelpi and the West Coast Impact Basketball Academy, will help you achieve your goals.” – Jean Gelpi